Home » Blog » Did you know that the Pantanal has more abundant wildlife than the Amazon?

Brazil is a mecca for wildlife lovers whilst the Pantanal is the world’s largest wetland at the heart of this tropical country.

In the Pantanal, wildlife is even more abundant than in the Amazon. You might see Brazilian tapir, capybara, giant armadillo, giant river otter, maned wolf, caiman and the top prize for most wildlife watchers, the elusive jaguar. But you can’t stay just anywhere in this massive marsh and expect those rewards. An itinerary must be strategically based around the best wildlife-viewing locations.

We would always suggest four to seven full days at one, two or three different locations in both the north and south Pantanal to fully immerse you in this UNESCO World Heritage Site and Biosphere Reserve. You will explore vast mosaic of flooded marshlands, dry islands and savanna via multiple means, from nature walks and 4×4 drives to boat rides and canoe safaris— each mode revealing a new vantage point on the varied landscapes and their wild inhabitants.

It is certainly advised that you stay at least four nights in one great location and it is important to know that accommodations is key – we always suggest top locations where wildlife viewing is best. The Pantanal serves as a haven for the majestic jaguar, unique mammals such as the giant anteater and a multitude of birds. All this besides a huge variety of plants, which creates a true mosaic in the landscape. As rich as its ecosystem is the Pantanal culture, with an authentic local cuisine, daily traditions and a multitude of celebrations but it is also important to know what to expect at certain times of the year:

The rivers overflow and flood two thirds of the plane. The landscape becomes a truly alive and fluid painting in which the high waters mirror the sky at each sunset in a uniquely colorful show. It’s the moment in which fauna and flora are reinvigorated and it’s easy to observe aquatic birds like the Jabiru Stork, Woodstorks, ducks, teals and egrets. The mammals migrate to higher areas of the Pantanal and animals like Capybaras, Crab-eating foxes, Grey-brocket and Pampas deer can usually be found. 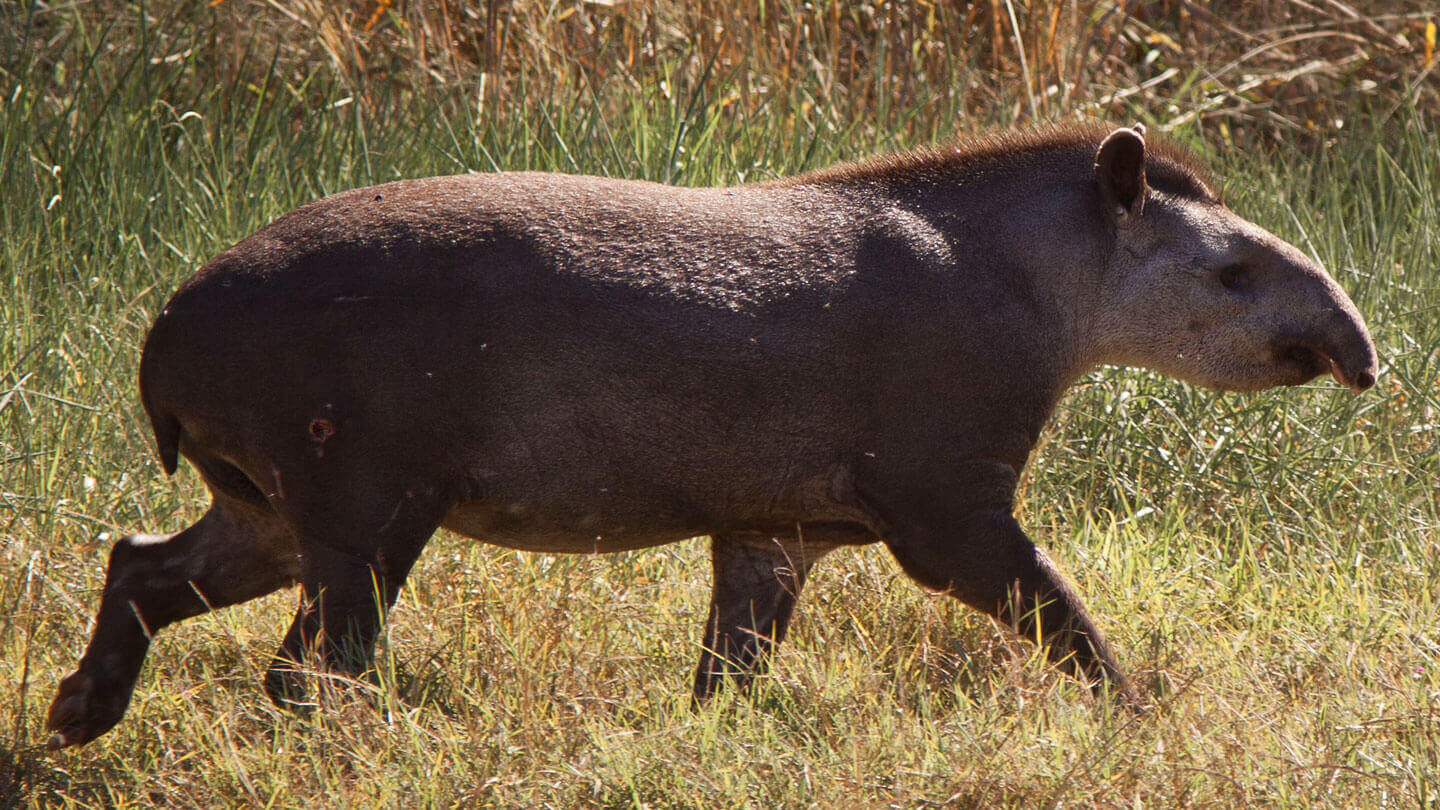 Mammals return to the region

When the rains stop, the water levels begin to slowly drop. The mammals that had scattered with the flood return to the plain once again. In April, the sky presents the most starry nights of the Pantanal. The end of the rains brings mild weather that makes the night tours more delightful. During the intermediate season it’s possible to observe White-lipped Peccaries, Collared Peccaries, Marsh Deer and the Howler and Capuchin Monkeys. Fields and isolated hills form the landscape, as well as scattered ponds and small rivers called corixos which drain into larger stream.

It’s the best season to watch the wildlife. The rivers and lagoons return to their normal level and thousands of fish are concentrated, offering a plentiful feast that feeds the wildlife populating the margins of the ecosystem. It’s the birds mating period. They’re showing off their feathers and singing. Anteaters and South-American Coatis are a common presence, the Jaguars are enjoying the weather and the dry landscape acquires shades of yellow along with colorful tints provided by the blooming pink trumpet trees.

It’s the season of the first rains and green landscapes. The dry land quickly absorbs the water and the birds feast. The wealth of food attracts hundreds of bird species that seize the moment to teach the first flying lessons to their cubs. Numerous groups of macaws and storks can be observed. Mammal sightings become rarer.